To write a new regional history focusing on interactions between human societies and natural environments in terms of water, a major task is to collect information on the nature in the past and to convert it into analytical data. Searching for new materials, reexamining conventional data from different perspectives, and fill in the vacuum of data with models and simulations are the crucial tactics. This section features essays introducing the key data and archives in this project and interviews with the scholars engaging in their analyses. 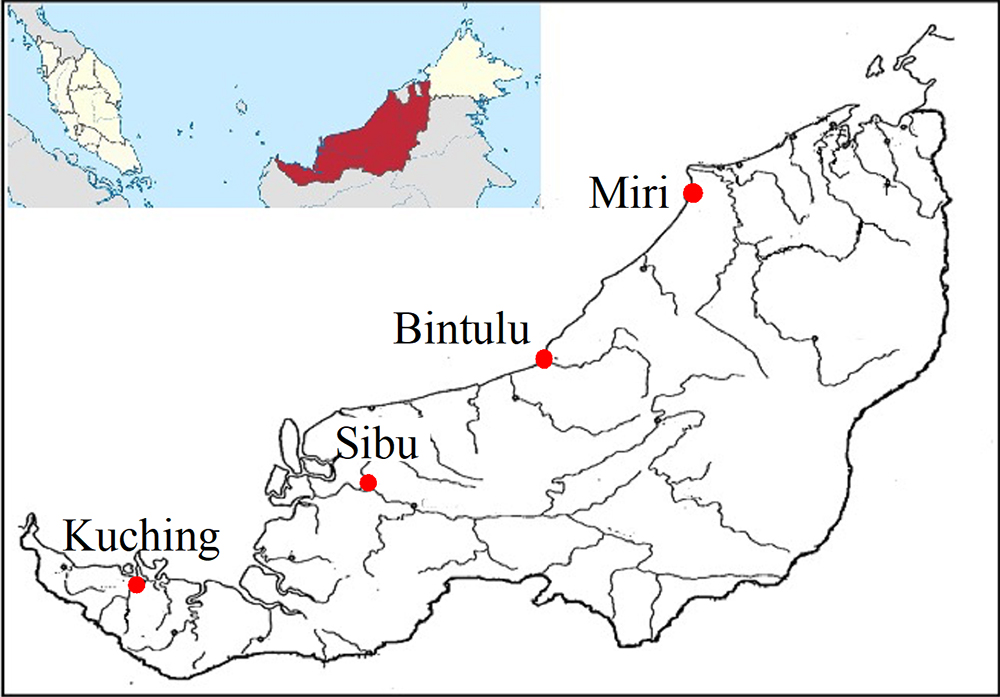 Kingdom of Sarawak was founded by James Brooke, British adventurer, in September 1841 in North-West Borneo, basing at the capital Kuching (See Map). Prior to it, Brooke was appointed as the Raja (King) by the Brunei Sultan to reward his achievement to put down the riot that occurred in the vicinity of Kuching. With holding the title of Raja, Brooke established Kingdom ruling over the indigenous society in Sarawak river basin. After the rule by James Brooke, his nephew, Charles Brooke took over the Raja’s title in 1868, and Charles’s son, Vyner Brooke was ruling Kingdom from 1917 until 1941. In 1888, Kingdom of Sarawak was incorporated into the British Empire as a protectorate. Among the historical sources concerning Kingdom of Sarawak, the following part will briefly explain the contents of “Sarawak Gazette” and “Annual Report of the Department of Trade and Customs”.

Sarawak Gazette was the monthly or bi-monthly publication printed by the Brooke government from 1870 until 1941. The original documents were housed in Sarawak Museum in Kuching. Currently, the digitization of Sarawak Gazette is underway, and part of the digitized documents after 1907 are available online at the website E-Sarawak Gazette. This essay’s writer obtained the digitized version of Sarawak Gazette including pre-1906 volumes through the researcher network in the project, “Multi-disciplinary Study of Southeast Asian Planted Forests and Local Societies (KAKEN: Grant-in-Aid for Scientific Research (S) 2010-2014, PI. Noboru Ishikawa)”.
Sarawak Gazette primarily purposed to publicize the government’s announcements and official news. In addition, as the territory of Kingdom of Sarawak expanded during the second half of the nineteenth century, the reports and articles written by the residents and officials who stationed at the rural administrative divisions came to be carried increasingly. Particularly, the gazette published a vast number of articles reporting a wide range of topics, such as weather condition, natural disaster, hygiene, market, judicial record, and murder case. The studies of modern Sarawak history have utilized the diverse and enormous information buried in the texts of Sarawak Gazette to elaborate the development of Brooke’s administration, regional economy, and native society in the pre-World War II period. Additionally, in 1908, Sarawak Government Gazette began to be printed as a separate publication, and it mainly publicized the government announcements and official news. Subsequently, the publication of official statistics was gradually transferred from Sarawak Gazette to Sarawak Government Gazette.
In addition to the descriptive sources, Sarawak Gazette published various sorts of statistical data. Among them, the trade statistics, “Sarawak Trade Returns” were the longest-available data series, which began to be printed in the initial volumes in 1870. The statistics provide us with the annual data of “Foreign Trade” and “Coastal Trade” by individual commodities (value and quantity). The title of trade statistics denotes “Sarawak”, whereas the actual data covers only capital Kuching’s foreign and coastal trade. The statistics enables us to reconstruct the commodity composition of Kuching’s foreign and coastal trade after 1870. Besides, Sarawak Gazette published the monthly trade statistics of Kuching’s foreign and coastal trade from July 1884 onwards. Because the monthly trade statistics in modern Southeast Asia was scarcely preserved as primary sources, Sarawak Gazette’s monthly trade statistics are valuable for historical study.
Aside from socio-economic data, Sarawak Gazette began reporting the daily meteorological data in 1876. The weather data was observed in Kuching, and initially the sample was limited to “Rainfall”, “Temperature at 12:30pm/Maximum”, “Temperature at 6:30am/Minimum”. Subsequently, another type of meteorological data, such as “Barometer, “Dry Bulb”, “Wet Bulb”, and “Sunshine in 24hours”, were added. In addition, after the 1890s, the meteorological data that were observed at the rural stations across Kingdom of Sarawak started to be published, and so the extensively-observed weather data, particularly rainfall data, became available.

The Brooke government began issuing the official trade statistics from 1920 onwards (See Image). The trade statistics were annual volumes and followed the format of “Sarawak Trade Returns” in Sarawak Gazette. That is, it recorded the foreign and coastal trade by each commodity (value and quantity). However, unlike Sarawak Gazette’s trade statistics, the sources include not only Kuching’s trade data but also data of the remote cities, such as Sibu, Miri, and Bintulu (See Map). Thus, the post-1920’s trade statistics enable us to capture the trade development in large part of Sarawak. The common problem throughout the pre- and post-1920’s trade statistics is that we cannot figure out where the country was trading with because the sources do not show trade by country or region. This defect could be compensated by the estimation using trade statistics of Singapore, which was the most significant trading counterpart for Sarawak, However, the complementary way would not suffice for the accuracy of empirical analysis. 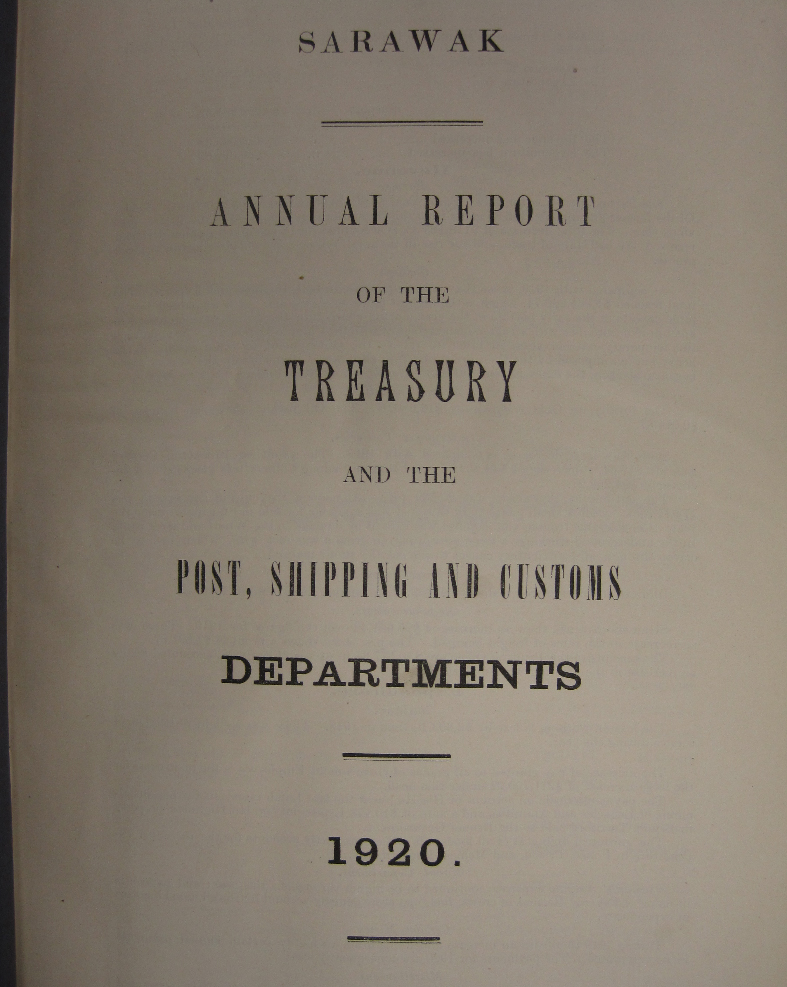 Image: Annual Report of the Department of Trade and Customs (1920)
Source: Writer’s photograph